DJ and I have been enjoying our walks home from “school” these days. It’s a 1.5-kilometer trek one way, which isn’t really very far in Uruguay’s pedestrian culture. But JM and E often join us – and JM gets an extra workout with DJ on his shoulders – because DJ “gets tired” before we’re even halfway home.

Autumn shades in Uruguay are mostly yellows and browns; many of Montevideo’s avenues are lined with huge sycamore trees. The earlier colors of autumn also include the pinks of the silk floss kapok trees, and the later almost-winter shades include the bright red of poinsettia trees. 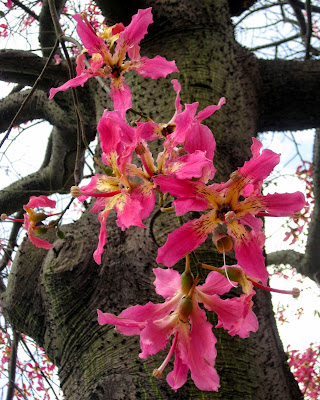 DJ just loves “The Pink Trees” along our way... 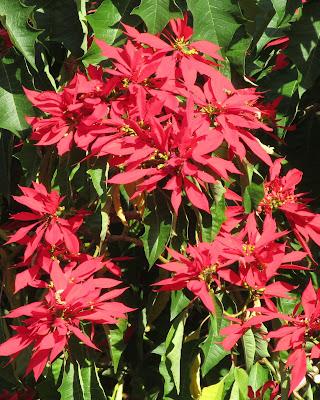 And these red gems flourish in our own back yard!

But we especially enjoy the occasional maples or sweet gums that also dot the city landscape – with their flaming variety of colors! 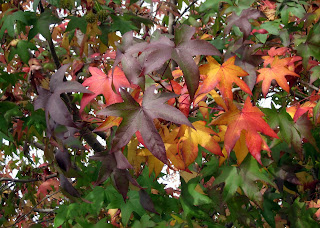 We marvel at SO many colors on one sweet gum tree!
Posted by Deborah at 4:45 PM No comments: Links to this post

We’ve been enjoying much warmer than usual weather for autumn at this latitude! Consequently, the poinsettia trees in the back yard blossomed earlier this year.

Usually, this “double bloom” variety reaches its peak in mid-June and lasts well into July. 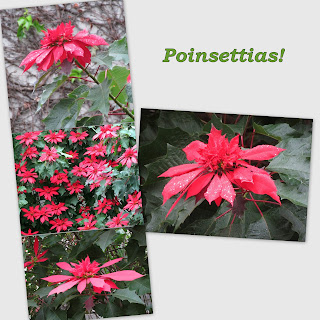 In mid-June of last year, raindrops added to their beauty!

This year we enjoyed the first “blossoms” before Mother’s Day! 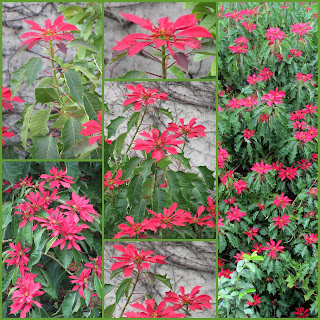 And this week, they definitely seem to be at their peak! 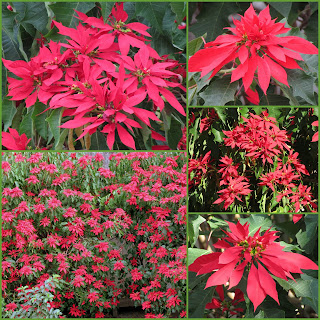 They’re SO beautiful!
Posted by Deborah at 6:23 PM No comments: Links to this post

We’ve had a good many more opportunities to chuckle (and outright laugh!) since a similar post just over a month ago. Our resident 4-year-old talker keeps us laughing; he just loves words!

When he’s truly thankful, he doesn’t simply say: “Thank-you!” Instead, he says: “I really appreciate that!”

Recently, wanting to draw, he asked: “Is this paper available?”

And one evening at supper, he exclaimed: “Oh no! I think I had too much to drink; my bladder is full!”

As we laugh (and as I try to jot these down so we won’t forget them – and so we can share them with grandparents, of course!), I recall some of E’s cute comments and conversations at about this same stage and remember the importance of pausing to cherish these precious, fleeting, humorous moments! (So this blog is a “journal” for our Little People.) 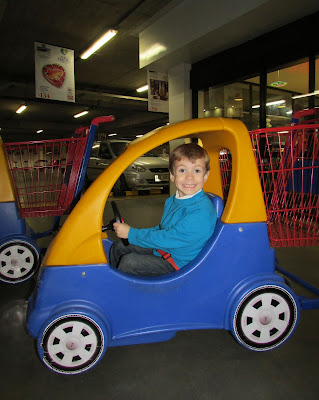 He looks so grown up here...

We’ve worked on memorizing Bible verses, reviewing before falling asleep at night. Since singing is a great way to aid memorization, I introduced the first part of Psalm 63, sung in Spanish:

I had to explain that carne (flesh) means body in this context, referring to our physical being. Consequently, I gave a brief (It’s nighttime, remember?!) explanation of the soul, etc. After singing the song again (which, incidentally, he had memorized by the next evening), he asked:

“Does the real person inside have teeth, or does only the pretend person have teeth?”

At the beginning of May, his favorite words included:

Photosynthesis:
They do a lot with plants at his kindergarten, so we’ve watched a couple related videos via YouTube at home.

Gravity:
This one is especially fascinating to him, as he has demonstrated (multiple times!) by asking the following question when already in bed and supposed to be falling asleep:

“If an airplane’s motors aren’t really stronger than gravity, how does the airplane stay up in the sky?” 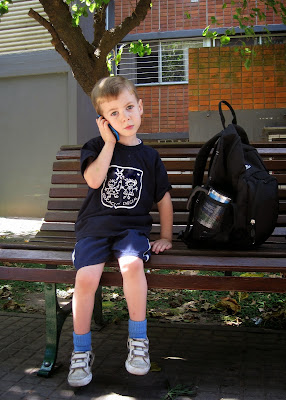 Just a few days ago, after running into a wooden chair, he exclaimed between sobs: “I hit my eyebrow, not my eyeglass!”

And starting to tell me a story a couple mornings ago, he said: “Last night – I mean the day before today’s night – I saw you…”

Recently, over lunch, we were talking about reading good books and how the book is always better than the movie, and how we imagine what we’re reading. Of course, the conversation included Narnia and Middle Earth.

And DJ said: “The biggest world is the real world.”

And then with a little, pleased smile: “It’s the world that God made!” 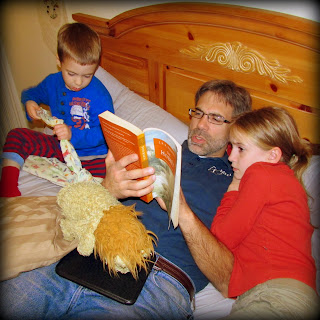 Reviewing logical fallacies in the Research Writing Course that JM and I co-teach has led to any number of lunch conversations on such topics. DJ demonstrated just how much he’s been listening; he came up with the following syllogism (obviously inspired by JM’s reading The Hobbit aloud) and told it to us – with a tell-tale twinkle in his eye:

Gandalf has a beard.

The dwarfs have beards.

So, Gandalf is a dwarf!

Admittedly, he switched the preferred order of the premises, but we were impressed nonetheless that, on his own, he came up with what he referred to as a “logical fallacy” when he told it to us!

In my limited “wisdom” and perspective, I wouldn’t have chosen to enroll this Little Man in “school” (“away from home”) (at least not yet). Because of residency requirements, however, we’ve had to embrace choices we didn’t prefer. Due to resulting challenges, I’ve been doing research on the bilingual brain – and it’s fascinating! I’m concluding that immersion in two languages is causing all receptors in DJ’s brain to be wide open right now; his learning capacity (in general) is therefore in overdrive. (For those who pray for us: A primary challenge for our family right now is ensuring that he gets enough “down time” and/or rest...) 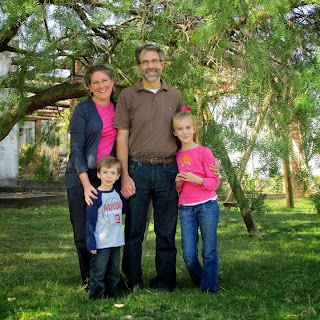 I’ll end on this note: A disadvantage of teaching Little People to think is that, when they do, they also start catching you when you slip!

Yesterday, E said: “You used a logical fallacy the other day, Mommy.”

“Yes, you did! You said: ‘The [neighbor’s] cat is scratching itself; it must have fleas!’”
Posted by Deborah at 9:10 PM 1 comment: Links to this post

“Chosen as His Children” (“Born Again!”)

Today I’m listening to and rejoicing in these truths:

I’m God’s own chosen child of mercy! What love and grace!

Chosen by the Father’s mercy,
Set apart to serve His Son,
Sanctified by His own Spirit—
Praise the Holy Three in One!
Saved by resurrection power,
Shielded in His faithful love;
Now, no enemy can tarnish
My inheritance above!

Chorus:
I’m born again!
I’m God’s own chosen child of mercy!
Born again! What love and grace!
Father, keep me walking worthy
Till I look upon Your face.

Led by wisdom into suff’ring,
Grieved by many trials below,
Yet rejoicing in His purpose:
That my faith as gold may glow.
Granted faith for overcoming,
Filled with love for Christ unseen;
Even angels cannot fathom
What salvation God will bring!

Fixed upon this hope completely,
As obedient children fear;
For the Holy One who called you
Purchased you with blood so dear.
Born anew from seed eternal,
By His lovingkindness spurred,
Lay aside all tasteless yearnings—
Crave the true and living Word!

Built on Christ, the sure foundation,
We are free from guilt and shame;
He is fitting us together
As a house to praise His name!
We are chosen as God’s people,
Called from darkness into light.
O what mercy now entreats us
To proclaim His glories bright!

Words: Paul Keew, based on 1 Peter 1:1-2:12
Music: Paul Keew, arranged by Joey Hoelscher
Posted by Deborah at 12:19 PM No comments: Links to this post

Gratefully remembering a dear brother and friend, Mathew Reid Fisher, who has been in the Presence of His Savior for three years now. 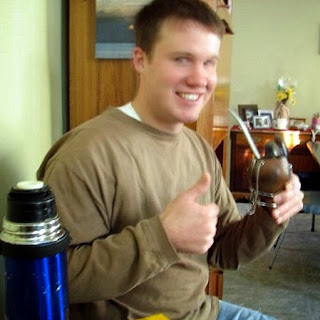 How we miss him!

I’m so thankful for all he taught me:

He never got over the awe of Christ’s grace in saving him from sin and its penalty; he loved people and did not hesitate to share the Good News of salvation in Christ; he loved missionaries and missions (and Uruguay!); he was refreshingly real and transparent about his struggle with sin and his need for grace...

We rejoice (through our tears) that, because of Christ, Reid is now alive forevermore!

Your precious blood has pow’r to save!

Those who trust in You will in your mercy find

That it is not death to die!

Posted by Deborah at 6:30 PM No comments:

Memories and Treasures, that is!

This year I attended two Mother’s Day programs! (Thankfully, one was early in the morning and the other in the mid-afternoon.) 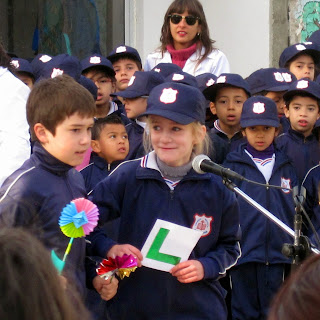 We weren’t sure what DJ would do (since this was his first ever school program). In keeping with his personality, he basically sat and drank it all in, observing the goings-on around him. 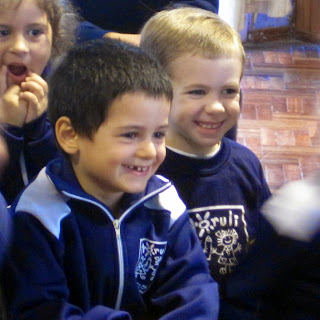 And the jury is still out regarding DJ’s picture of me: 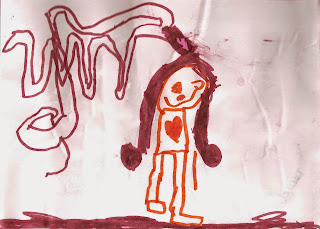 The Little (pipe-loving!) Engineer has tried to explain it to me:

DJ: When your hair comes off, it goes through those pipes and goes onto the floor.

DJ: Yeah, because there’s a heart on your shirt!

(I’m still trying to figure out where in the world he got that whole idea?!) 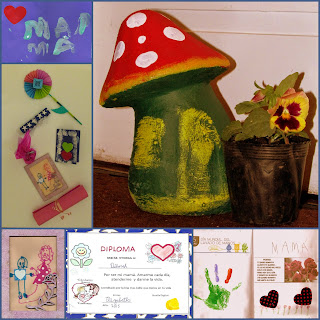 I was showered with love in the forms of hand-made gifts, garden décor, and two very enthusiastically decorated cakes! 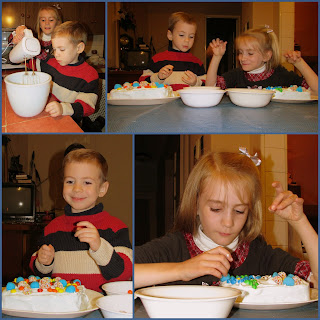 While he piled on the candies with reckless abandon, she fretted over the intricacies of her artistic designs… 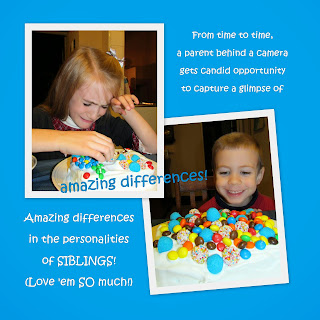 I’m posting this collage with her permission... J

The garden gifts were even introduced with a dwarfish song by firelight – and a wanderer for extra effect!?

“Not all those who wander are lost…”

I love my little family! ♥ 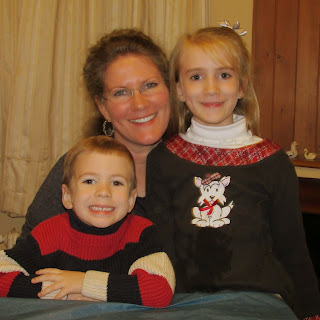 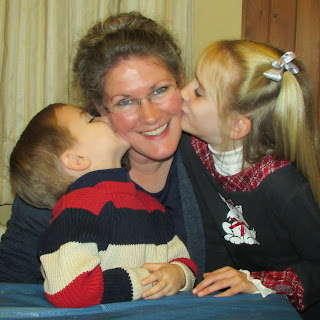 I consider myself very blessed! ♥
Posted by Deborah at 11:45 PM No comments: Links to this post

This evening my thoughts go back to thoughts I shared (in 2009) about my own Mommy and (in 2011) about celebrating special family days...

BitterSweet days like these are good opportunities to remember spiritual blessings: Those who are trusting Christ alone for salvation from sin can rejoice in a perfect Father, One who will never fail. HE cannot fail!

Sunday was another reminder to “weep with those who weep” even while we appropriately rejoice in God’s specific goodness to us – and “rejoice with those who rejoice.”

I was remembering Mother’s Day: I could not post the depths of my thoughts that day. The first Sunday in May was too close to the end of April. 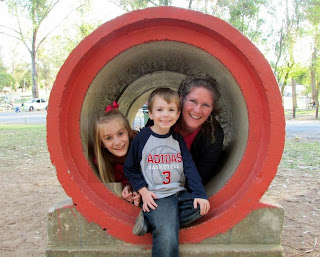 Once again, I am thankful – thankful beyond words – for my precious Little People! And I’m thankful to be celebrating special family days with them!
Posted by Deborah at 10:05 PM No comments: Links to this post 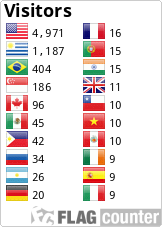