This past week, the semi-annual FEBU block class was hosted in Montevideo; the (almost literal!) last-minute change of location was due to illness in the extended FEBU family. 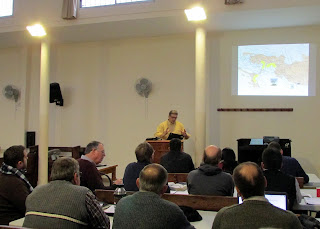 The change made for a busier than normal week for everyone, including our little family. We hosted Mark and Paula Batory, with whom we otherwise would not have gotten to spend much time. E’s and DJ’s school schedules had meant that we would have been unable to attend (if the class had been at the camp in Paysandú, as originally planned).

The week ended up being a success – with much higher attendance than we otherwise would have had. 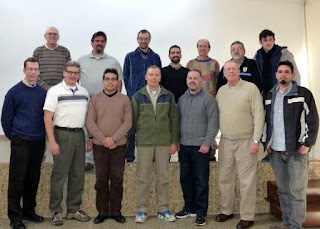 Some of Thursday’s attendees with Dr. Batory

The five days of class were busy, getting back and forth from one activity to the next, but God gives grace! And we did have a few hours on Friday afternoon to show the Batorys a bit of Montevideo. 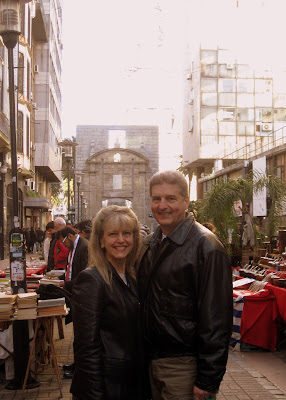 
One evening “Uncle Mark” and E put together a little after-dinner program for us: “Christmas in July!” He read the Christmas Story while E played the piano. 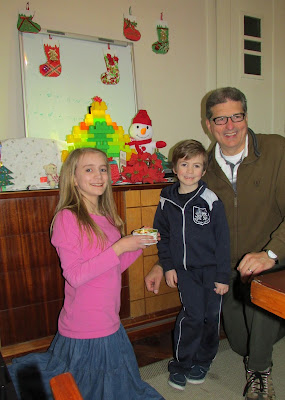 With help from DJ, they decorated the library quite creatively.

We’re thankful for God’s provision in every way...
Posted by Deborah at 10:30 PM