Yesterday evening, JM and I did something we’ve been wanting to do for a long time: We attended a concert at the Teatro Solís in downtown Montevideo. 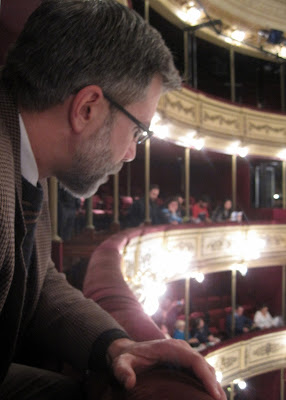 It was JM’s first time attending an event there. 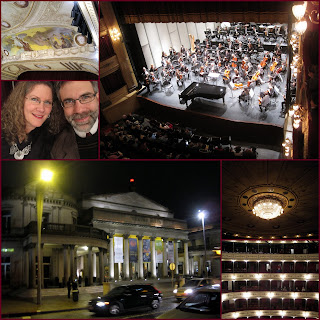 The entire program was very satisfying: 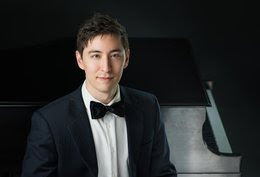 Sean Kennard, guest pianist from the USA, is lauded in the program notes as “one of the most outstanding young pianists of the moment.” He played Rachmaninoff’s Rhapsody on a Theme by Paganini, Op.44. Though obviously a brilliant musician, he also exhibited winsome modesty and an almost boyish quality as, with a genuine smile, he accepted the audience’s profuse applause and turned to applaud the orchestra. Yesterday’s being the 4th of July and all, we felt that he represented the USA as we wish all Americans would, combining excellence with a humility that implies cross-cultural awareness. 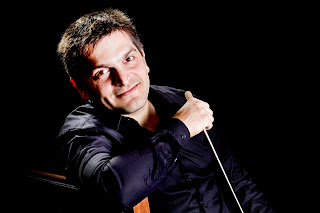 The conductor, Uruguay’s own Diego Naser, was fabulous! He conducted the entire second half, comprised of all four movements of Tchaikovsky’s 5th Symphony, without a music score! His energetic, expressive communication to the orchestra was truly remarkable – and so much fun to watch!

After the program, we took our time leaving – and, upon walking into the lobby, discovered Sean Kennard and Diego Naser, talking there. We got to chat with each of them. When JM mentioned to Sean that he’d noticed that Enrique Graf from Uruguay had been one of his teachers, he said: “He’s here tonight – right over there!” And then he introduced us to him! 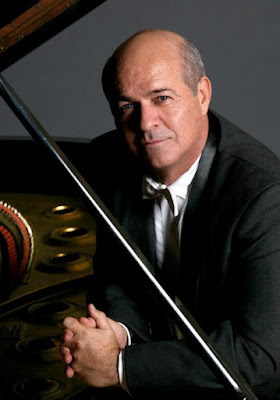 We still find it hard to believe that the tickets to this world-class concert were only 200 pesos (less than seven dollars) apiece! 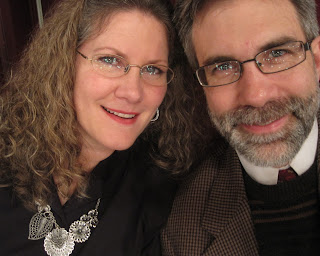 “Selfie at the Solís”

Yes, it was truly a wonderful evening – a very rewarding combination of the two cultures I love and a highlight for my “third-culture” soul.
Posted by Deborah at 8:50 PM

Hello Deborah. I wish I could have attended this concert however I live in Europe. My name is Francis Camps and Francisco Camps Florit (brother of Antonio Camps Florit) was my great grandfather. I believe they played Francisco's violin during the performance. Do you know if a recording of the concert was made available? I'm interested to know how you found Zoraya? Thank you for sharing the experience in your blog. Kind regards, Francis.

Hello, Francis. Thank-you so much for writing!

According to the program notes, the composer's violin, which was played by the concert master, was acquired and restored in 2015 by Diego Naser, the conductor (who is also a violinist himself). I meant to note all that in my original review, so I'm especially glad you asked!

I enjoyed the performance of Zoraya; as far as I recall, this was my first time hearing anything by Antonio Camps. The description in the program notes was very helpful, and I was intrigued by the range of passions, playing back and forth in the piece.

I do not know that a recording of Monday's concert was made available, but I'm guessing so because it was also broadcast; I will try to find out.