We won against Venezuela’s national team, with a final score of 3 to 0 – the same score as that of our July 18, 2000, win (and the last time we’d been able to do more than tie with them on our own turf). What’s especially exciting for JM and me is that we were there for that game in 2000, which was JM’s first time attending a Celeste match!

(I have a picture somewhere of that game; I need to scan and post it here.)

We were also there, in our own Estadio Centenario, for Thursday’s historic game, with a dear friend, her brother, and one of our students, sitting right behind the goal when Edi Cavani scored his two goals – the first one only 15 seconds into the second half! 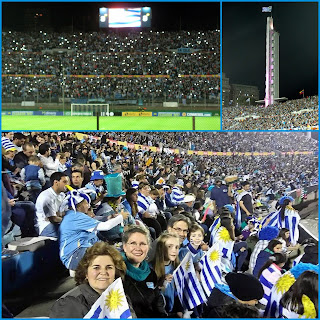 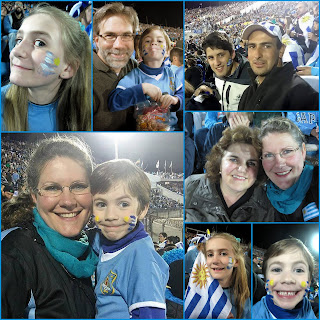 Incidentally, with those two goals, Edi Cavani tied with Diego Forlán for second place on the table of historic Celeste scorers, equaling Forlán’s record of 36 goals scored while playing with the national team. (And, for the record, Forlán is an outstanding team player, whose all-time professional record includes an impressive number of assists as well as goals!) We’re thankful to have been able to see these two play together along with Luis Suárez, another favorite. 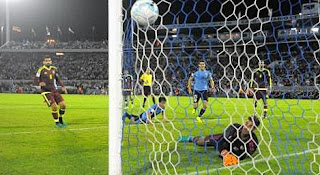 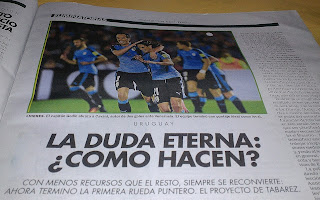 The eternal question: How do they do it?
With fewer resources than the rest, they always come back:
Now they finished in first place in the first round. Tabárez’s plan.

Yes, it was a historic game on multiple levels – and we’re thankful to have been a part. And in the midst of a couple of very demanding weeks, we welcomed the respite, distraction, and fellowship the occasion provided us.