Tidbits from our Trip

October 25:
That awkward moment when you take your children from their current highly relational culture to their passport culture, and they ask:

“How are we supposed to greet people here?!”

[In Uruguay, we usually greet with a kiss. And I now appreciate the “ice breaker” quality of that custom more than ever!]

When I told E that I wanted /RASP-berry/ yogurt, she immediately replied:


October 27:
DJ, to me, after taking placement tests (hoping to get into first grade): “Mrs. T said that I made an A plus!”

Growing up in another culture, he has no idea what an A+ means! But tone of voice told him that it’s positive. 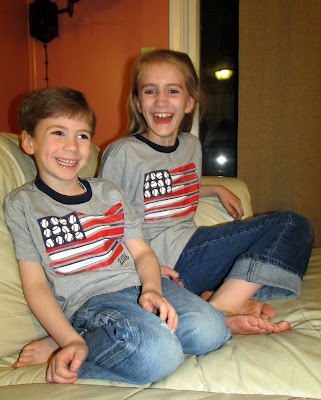 October 29:
The pace of a baseball game just might be making me more nervous than the pace of a soccer game does...


November 3:
Trying to watch Game 7 of the World Series...

Baseball just might be officially bad for my health!
Posted by Deborah at 1:00 AM